Watch #CXOsAre ENGAGING to see how CXOs can drive high-level engagement for their companies. Here’s an example. We’re talking of a fairly large IT services company (we’re talking of north of $100 million) and they have figured they need to move from a pure sales approach to include ‘marketing’. Marketing as in other than events! And now we’re in their board-room about what facets there are and what marketing can do for them. It’s not that it’s not understood — goes without saying they’re a successful company — but the first responses to the marketing plan invariably are:

‘Oh, but your customers are all the flagship technology ‘product’ companies. Do we need all that depth? We just need ‘better presence’ on online — digital media!’

Yes, you do! So of course we investigate more.

What Does Self Funding A Venture Really Entail? Entrepreneurs are known for their risk bearing ability; even then not many have the ability to put all their savings in their venture. Most of them turn to friends, family or investors to get started.

But Rakesh Shukla believes, “It’s right only when you start the game with your own skin.”

When Rakesh and his wife, Helen started TWB they decided to fund it all by themselves and not turn to any of their family or friends for help. Not just that, both of them also quit their jobs and so had no other source of income but TWB. How hard was it? Read on FranchiseIndia

During the time of large-scale job shrinkage, how does a company like TWB deliver increased job growth? This is how LiveMint sees it

Read More
When Rakesh Shukla started his technical writing outsourcing firm called The Writers Block (TWB), he decided to go after a somewhat unexpected source of labour to staff his company: the unemployed. To be more specific, he looked for women who had taken some time off to raise a child, but were looking to get back into the workforce.

“A lot of times they have had some kind of experience and been relatively successful,” Rakesh Shukla says. “They have quality, but have taken a break and want to do something different.” 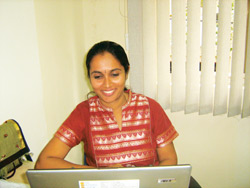 Prema Radhakrishnan, at TWB, says flexi-timings were what attracted her to her job

As the demand for good people far outstrips their supply, and companies of all sizes struggle to find enough skilled employees, companies are turning to alternative tracks to meet the need.

Processing...
Thank you! Your subscription has been confirmed. You'll hear from us soon.